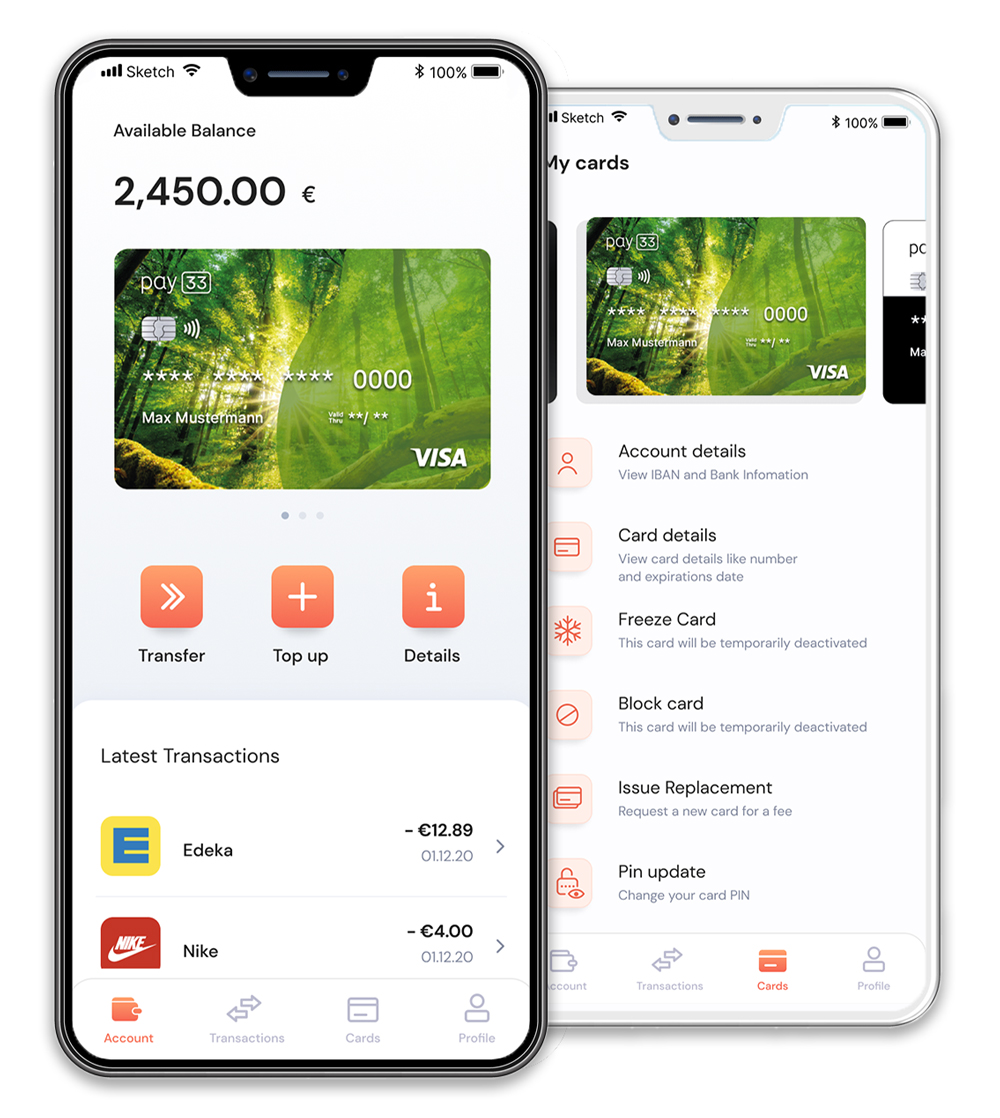 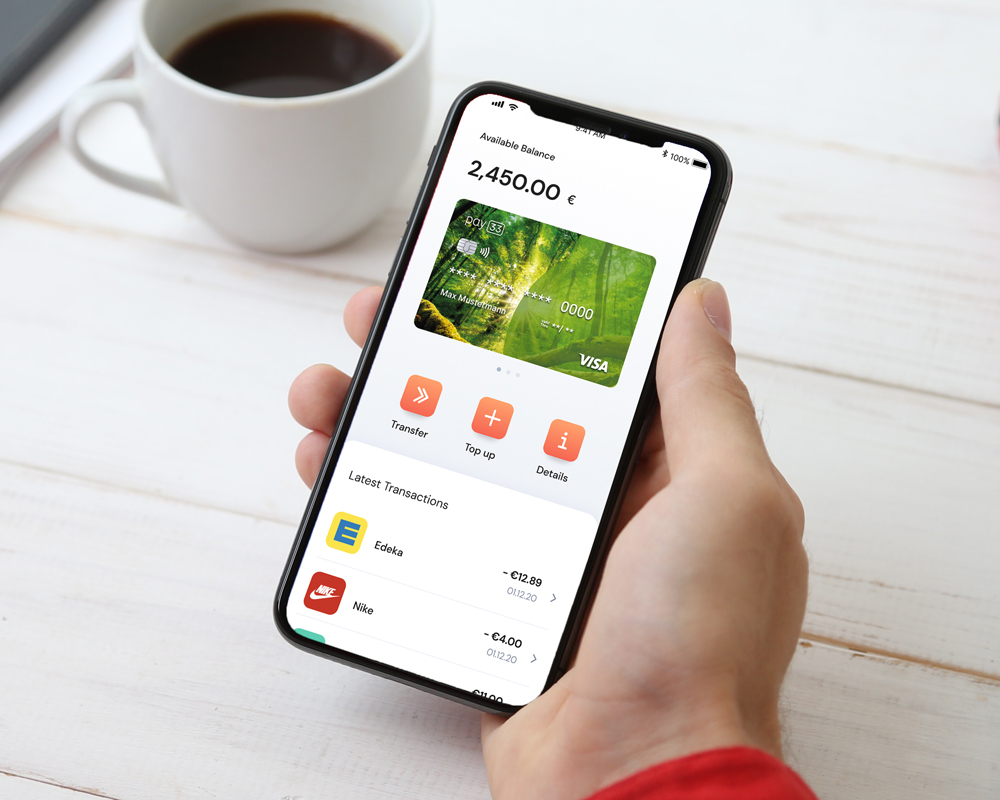 Pay33, a German fintech start-up, required a comprehensive mobile banking app to work in combination with a top-up card for German customers.

Pay 33 commissioned Salt Studio to deliver the entire project scope of the design and build for both the iOS and Android apps.

In addition, Salt Studio was required to create a middleware platform to manage user data from the app and connect to the banking API.

The app was required to send and receive bank payments using IBAN (SEPA) transfer as well as Peer-to-Peer payments to other users. The app had to adhere to strict German banking security and privacy standards.

The project started with a two-week technical discovery phase, during which Salt Studio’s development team researched the functionality of the banking API and integration with OnFido – a third-party KYC provider.

The following wireframing phase involved each screen of the app being designed and interactions added in order to create a click-able prototype. This process enabled for the refinement of the UX to ensure the app was simple and intuitive to use. The fully designed screens were then created by Salt Studio’s designers based on the provided brand guidelines. These were then refined in more detail to create the final app design.