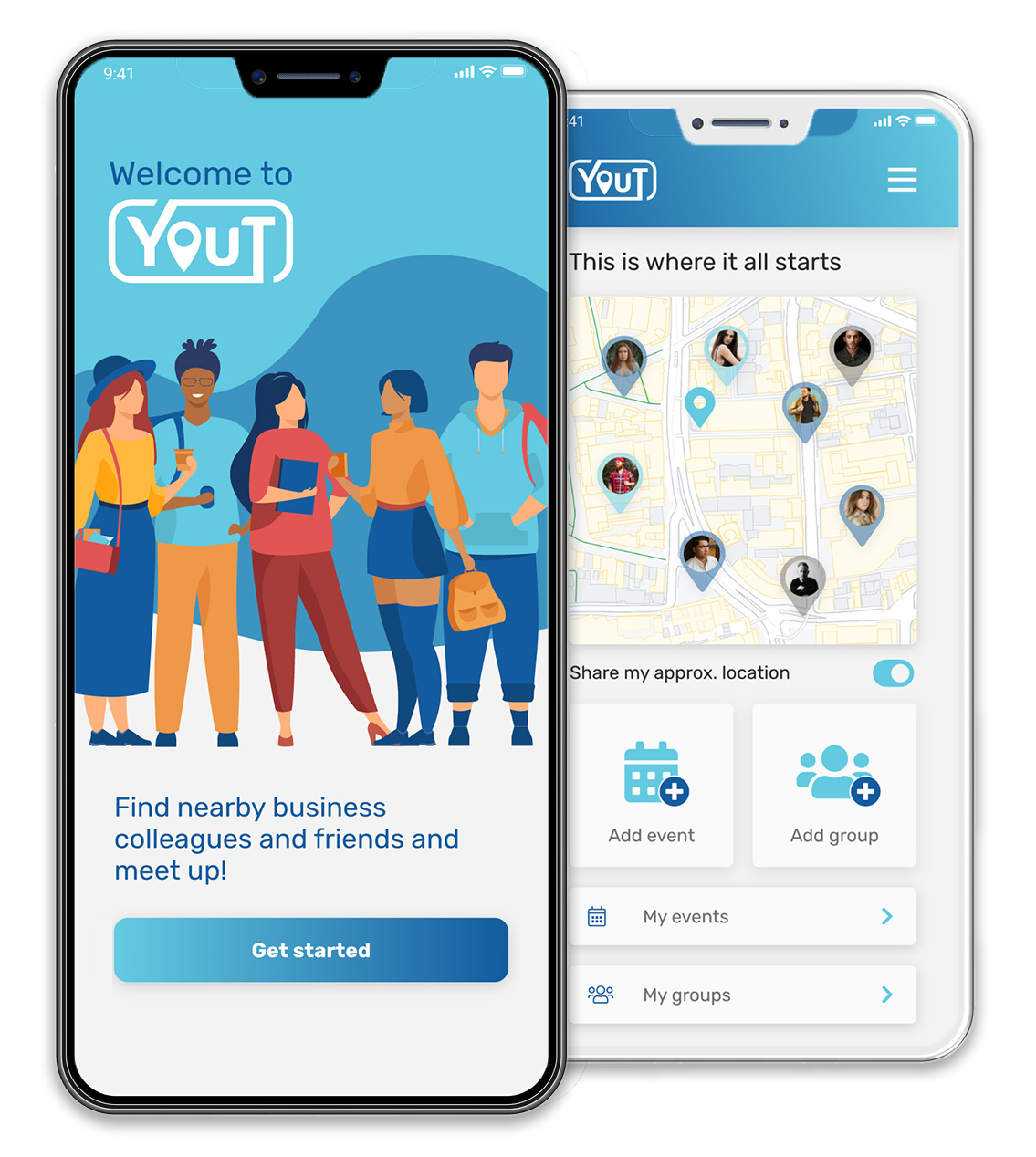 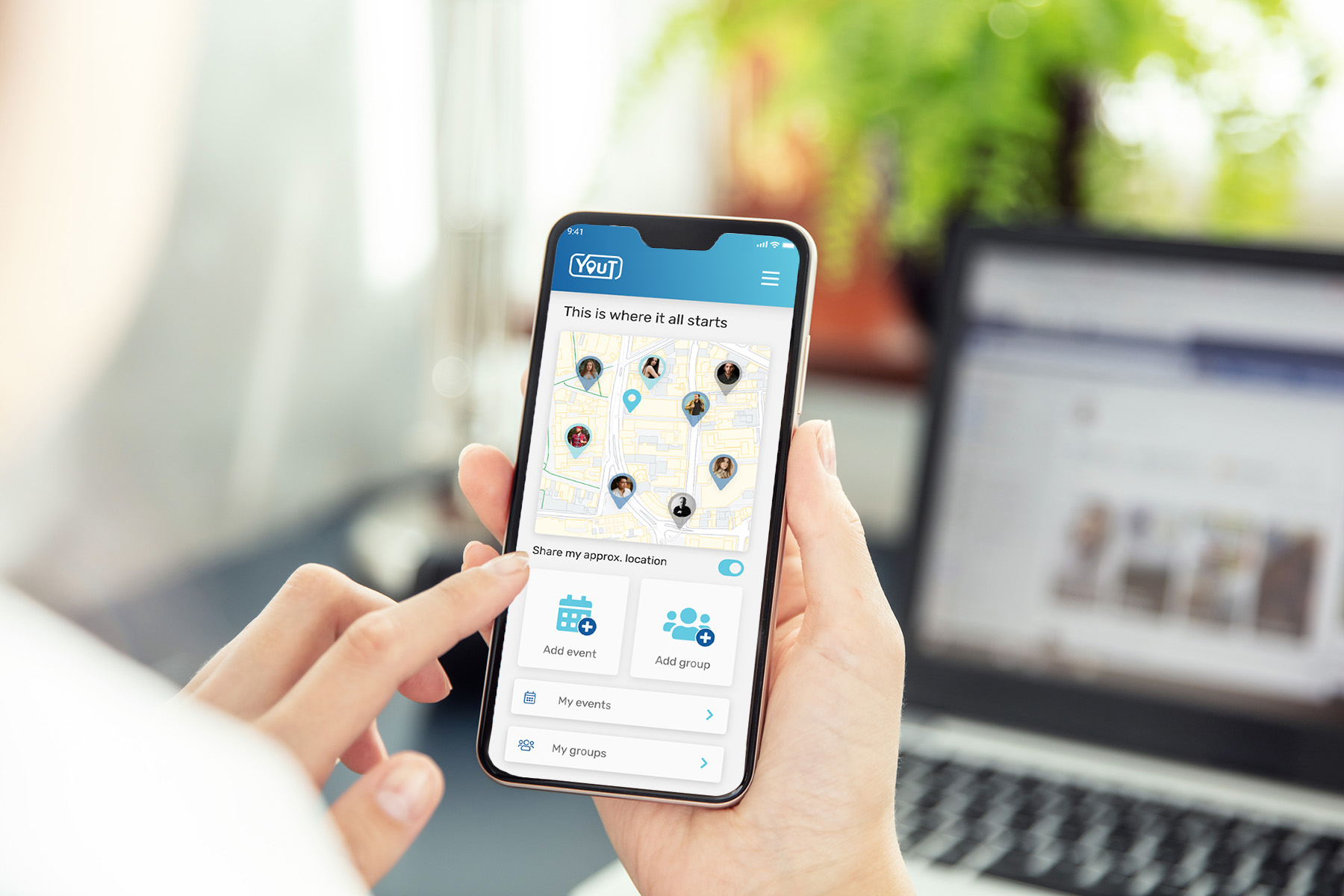 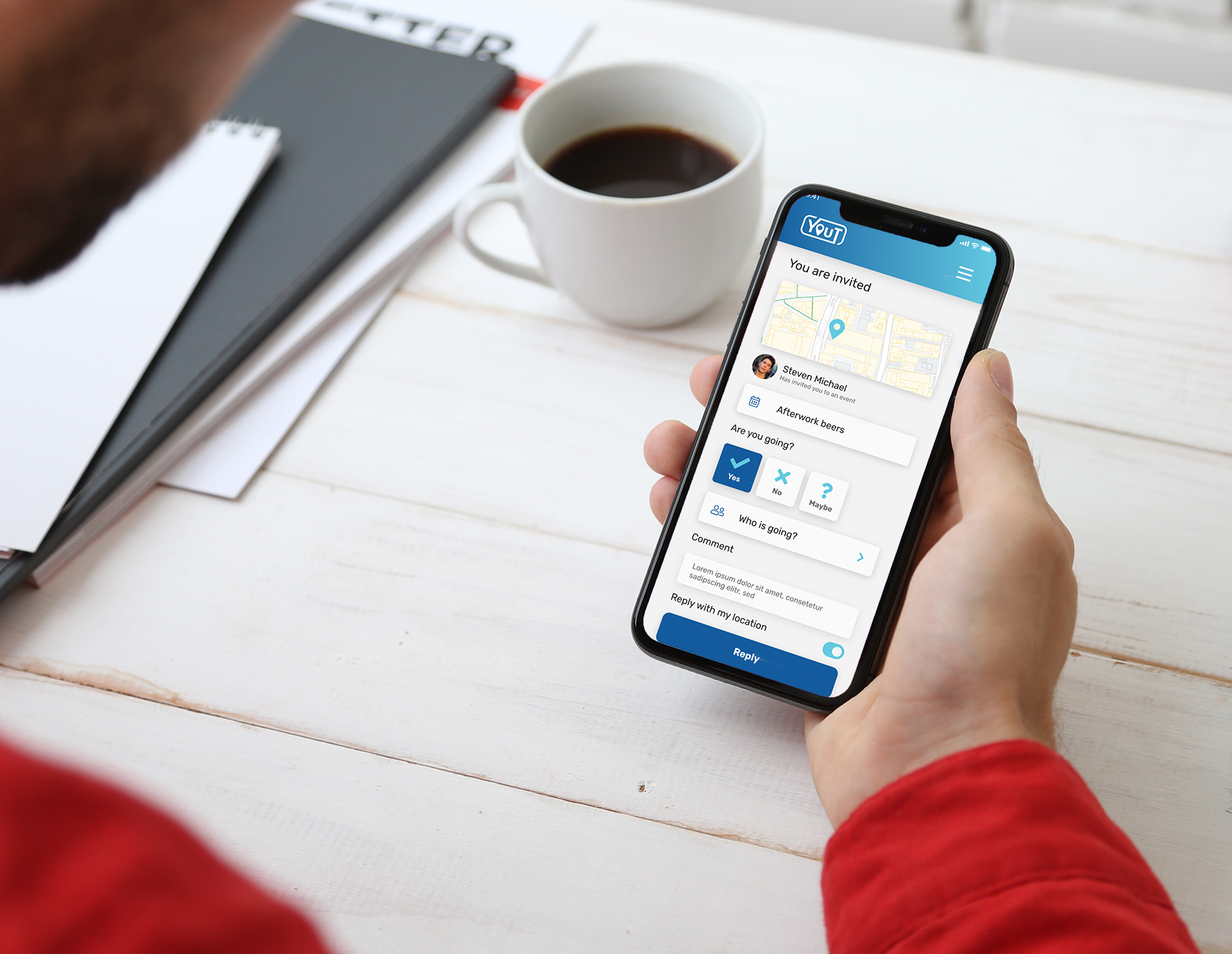 YouT is a start-up company that plans to revolutionise the organisation of meet-ups with friends or colleagues.

Salt Studio was approached by the YouT team to create branding from scratch, and then deliver both a website plus iOS and Android MVP apps for Beta testing, followed by the development of full iOS and Android apps from conception through to deployment.

The project brief was to create an intuitive solution using groups and geolocation to make it easy for users to see where their friends are, invite them to meet up, choose a venue and then see who has confirmed attendance in just a few clicks.

The Salt Studio team had several initial meeting with the client during our research phase to understand the objectives of the app and refine the required processes for achieving these objectives. This involved creating user stories and then translating these into features and functionality.

Once this phase had been signed off, the Salt Studio designer created a complete brand identity for YouT. The first step was to create a logo, which involved running a design competition and refining the best responses. The team then created a brand identity including the colour scheme and fonts, which was then used as the basis for the fully designed screens.

The designed screens were then connected together into a click-able prototype, which allowed the client to test the full user experience and provide feedback before development began.

Alongside the apps builds the Salt Studio team designed and built the YouT website, which was put live alongside the Beta apps so that feedback can be collated.

The Salt team decided to use Flutter for app development as it provides a native experience for the user using a cross-platform development environment. This enabled the app to be developed quickly and to keep overheads down, to provide an initial proof of concept.

The backend is being developed using Firebase, which provides dedicated app functionality from one platform.

The client is extremely pleased with the new branding and website.

The YouT MVP apps are currently in Beta testing with a limited group of users and the full iOS and Android apps are in development.